Ten mullet boats in the line up for the start with 10-20 knot Easterly winds straight down the guts of the Waitemata plus an incoming tide the whole day. This was going to be a challenging 98th race for the Lipton Cup.

The fleet was tight on the start but spread out over the initial windward leewards. Every part of the fleet had tacking duels all the way to Resolution Buoy resulting in Tamatea and Orion gaining the lead.

The 20 mile course then took the boats over to Rangitoto back to North Head, Northern Leading, Torpedo, Resolution, Bean Rock then finished on a long kite run home. The sea state around North Head saw the bigger boats gain the advantage and it was between Resolution and Bean Rock that saw Orion take the lead from Tamatea. This may have coincided with one of the winches being ripped out of the deck on Tamatea!

Tamatea couldn’t catch Orion from there and Orion - Martin Robertson and his crew - are the winners of this year’s Lipton Cup. A truly challenging race for everyone and well fought across the fleet.

What a fabulous day and an Awesome Race !

It was a superb race; great for all participating boats and for the good number of spectators.

The PCC and the fleet would like to give a huge THANK YOU to:

Catherine Wenzel of Westhaven Marine Brokers, the official Sponsor of the Lipton Cup Interclub Challenge and the fleet again this year.

Janet Watkins did a great job as PRO with assistance from Andrew Beavis - thank you Janet and Andrew.

Kevin Gunn and crew on the ‘Watchman’.

Geoff Bagnall for making his launch Achillies available as start boat for the 98th Challenge.

Rachel von Zalinski of LiveSailDie for the great photos.

Kevin and his team at PCC and all those, of which there were many, that helped make the day a ripper for everyone. 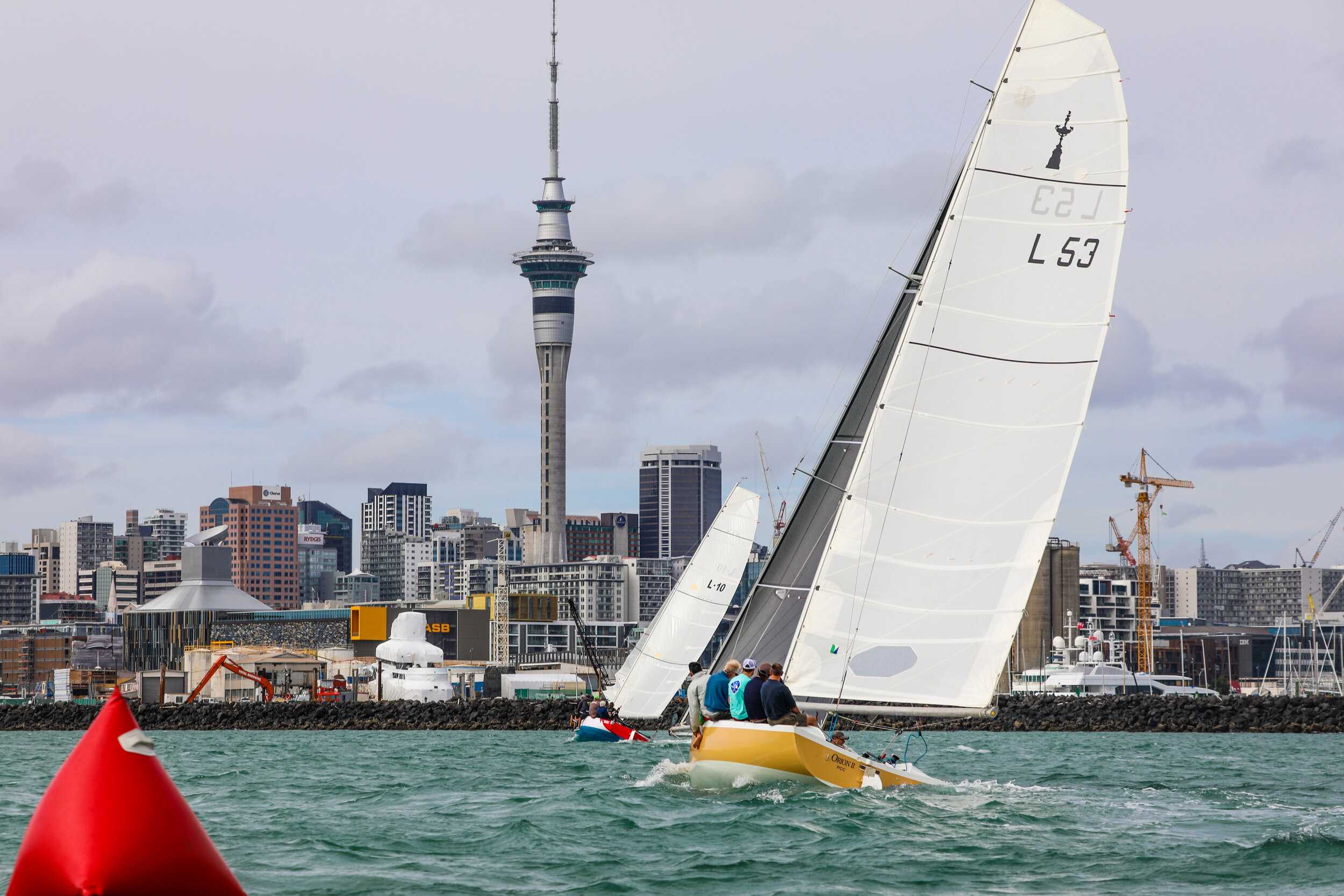 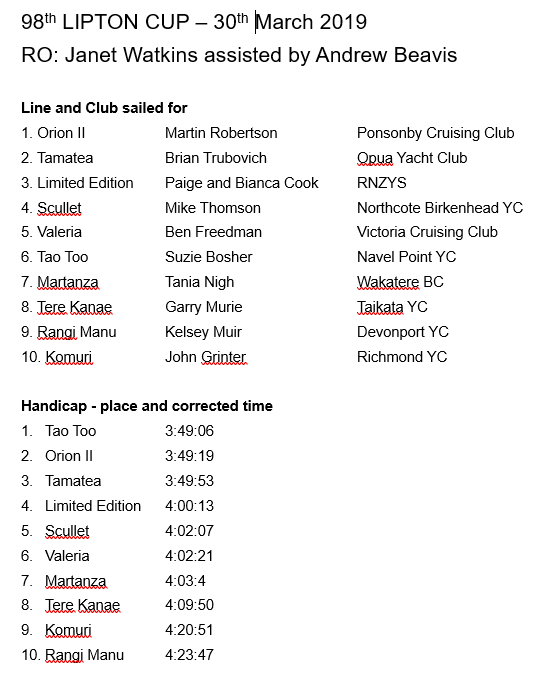